Could Meghan Markle be the key to the sustainable fashion movement?

With the impending birth of her first child with Prince Harry, all eyes in the media are on Meghan Markle. Unlike her sister-in-law, Kate Middleton, whose fashion became a staple of British press observation, Meghan’s outfits have gone unnoticed in comparison. Articles pored over Kate’s dresses from LK Bennett and Alexander McQueen, with women all over Britain breaking the internet attempting to copy the Duchess of Cambridge. Megan, however, was shown in Vogue this week to have very different fashion tastes – tending to favour sustainable brands. 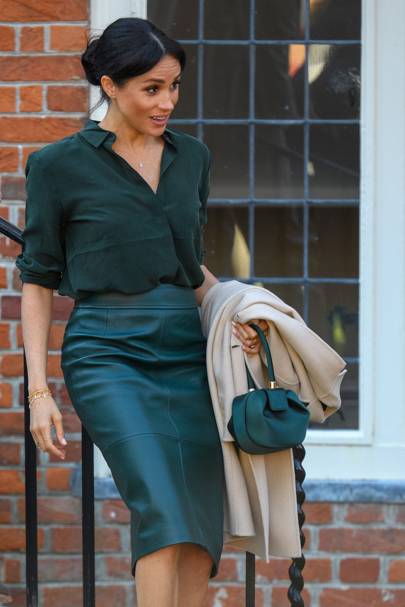 I knew nothing about Meghan’s love for sustainable fashion, mostly because it has gone largely under-reported in the media. I could list Kate Middleton’s favourite designers off the top of my head, and probably be able to describe an outfit that she has worn within the last week. Meghan’s press, however, has circulated around her pregnancy and ongoing feud with her father.

If the media paid as much attention to what Meghan is wearing as much as Kate, we could see a spike in sustainable fashion amongst British women. The Duchess of Sussex is already a popular figure, admired for her role as Rachel Zane on Suits. If the media honed in on her love for sustainability, the sustainable fashion movement could assume a whole new dimension. Perhaps Kate Middleton would follow suit, shown-up by her sister-in-law. We can only hope.

The LSESU Fashion Society is the only fashion related society on campus at LSE. Our events this year are focused around the term ‘sustainability’, whether that is one’s mental health, our consumption patterns or our understanding of the fashion industry contributes greatly to climate change.

So, you want to work in Fashion ?

Thrifting during a pandemic, an impossibility ?